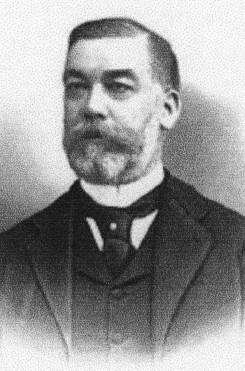 James Sutherland joined the 22nd Battalion, Oxford Rifles and held the positions of Sergeant, Captain, Quartermaster, Paymaster and Major.  He was a merchant before being elected to the Canadian House of Commons for the riding of Oxford North in a 1880 by-election.  A Liberal, he was re-elected in 1882, 1887, 1891, 1896, 1900 and 1904.  From 1896 to 1900 he was the Chief Government Whip.  The Honorable James Sutherland was Minister without Portfolio, Minister of Marine and Fisheries, and Minister of Public Works.  He died in office in 1905.