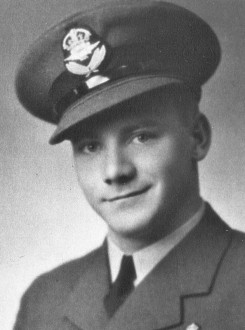 William Wallace Murray Jr.(born March 12, 1915) was the son of William Wallace and Bessie Ann Murray of Lot 7, Concession 8 West Zorra.  He joined the Royal Canadian Air Force and received his wings at Camp Borden on Jan. 22, 1941. In March of that year he went overseas and served with 416 Squadron. He was killed in action and is commemorated in Runnymede Memorial Cemetery, Surrey, England.